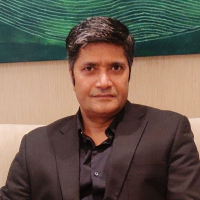 Chandra Bhushan is one of India’s foremost environment and climate change experts. He is the President & CEO of the International Forum for Environment, Sustainability, and Technology (iFOREST).

Chandra Bhushan is one of India’s foremost environment and climate change experts. He is the President & CEO of the International Forum for Environment, Sustainability, and Technology (iFOREST).

Bhushan has wide-ranging research and public policy interests. He has researched, written, and campaigned for issues ranging from climate change and energy transformation to rights of mining-affected people and industrial pollution. He has authored/ co-authored 20 books and authored/ co-authored/ directed more than 60 reports. He has led 20 independent scientific studies on food safety and environmental pollution that have catalyzed significant improvements in the food safety and environmental regulations of the country.

As a campaigner for inclusive growth and development, he pushed the idea of profit-sharing with the mining-affected communities, which contributed to the creation of the District Mineral Foundation (DMF) in the mining districts. He and his team are currently working in Jharkhand, Odisha, and Chhattisgarh to help institutionalize the DMFs.

He has a deep interest in global environmental governance and he continues to champion the cause of developing countries at global climate change negotiations. He was conferred with the Ozone Award (Partnership Award) by the UN Environment in 2017 for his contributions towards the framing of the Kigali Amendments to the Montreal Protocol.

Bhushan advises a range of institutions worldwide. He was the co-chair of the Technical Advisory Committee of Global Reporting Initiative (GRI), which came out with the very first triple-bottom-line reporting framework. He is an expert member of the BASIC (Brazil, South Africa, India, China) group of countries on Climate Change. He served as a Member of, Engagement Committee of Future Earth, the largest sustainability research platform in the world. He also served on the Board of Governors, National Accreditation Board for Education and Training (NABET), Quality Council of India (QCI).

He has served on more than 15 national and state-level committees, including the Selection Committee for the appointment of judges and expert members of NGT in 2014, Committee to develop India Cooling Action Plan (2017-2019) and Solid waste management committee, Urban Development Departments of Bihar and UP (2018 onwards).

He is a passionate communicator for a better environment. He writes a fortnightly column in Financial Express and a monthly column in Manorma Yearbook. He is also a guest columnist for Hindi dailies like Navbharat Times and Rajasthan Patrika. His recent talks include a TEDx talk on the climate crisis and a plenary lecture at the International Association for Energy Economics.