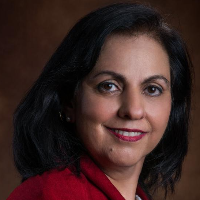 Dr Charu is a leading women's rights lawyer, former Member National Commission for Women (NCW) and Executive, Supreme Court Bar Association. Nominated by National Human Rights Commission (NHRC) as Member Core Group on Women, she has been working on gender issues for over two decades. A PhD in Law, ‘Group ‘A’ Panel Counsel for the Union of India in Supreme Court, she is also an eminent jurist serving on a number of public sector and college committees under the POSH Act.

Charu started her career in  the world of advertising and achieved success at an early age. Disturbed by the inequalities in society she founded Social Action Forum for Manav Adhikar(SAFMA), an NGO with Special Consultative Status with the ECOSOC of the United Nations.

Some of her Previous Speaking Engagements:

Other Videos of CHARU WALIKHANNA