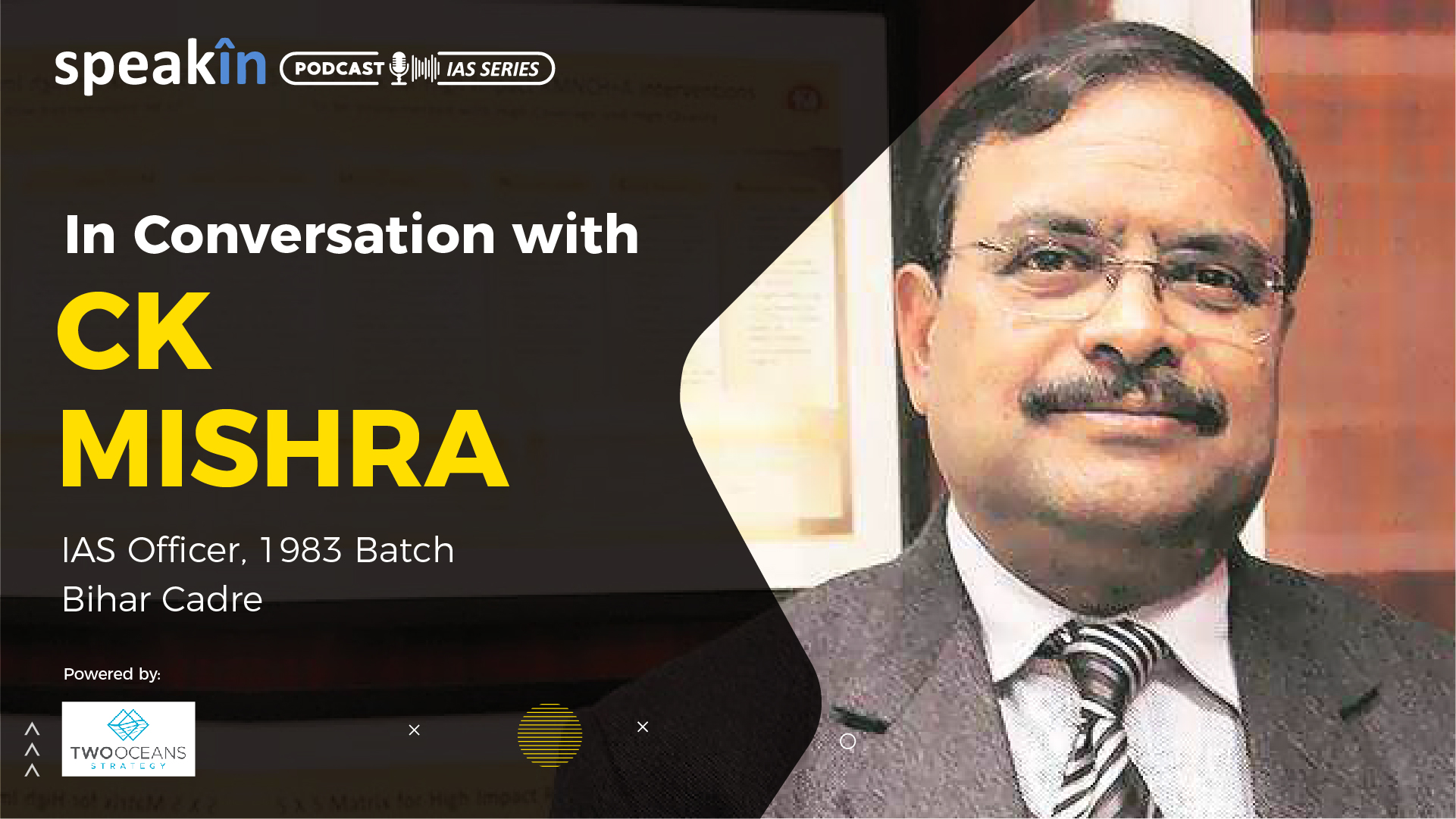 What was your motivation in becoming a part of the Indian Administrative Service?

It’s hard at the end of one’s career in the civil services, to pinpoint one thing. It’s more a combination of factors. At age 21, I saw the IAS role that had everything: position, responsibility, glamour. And it was an aspirational thing in those days. A few years into the service, many other things become apparent. In the IAS you are rooted to the ground and the reality of this country. Plus there’s great variety in terms of subject matter and issues that you handle: one day you are handling agriculture, the next education, the following day it could be health. IAS is about general administration and that’s its strength. At a relatively young age, the service gives you great flexibility to operate and deliver—deliver to the people and the society and there’s great satisfaction to be derived from that.

What are the things in your IAS career that you have derived the most satisfaction from?

I have had the privilege of policy-making right from the beginning. I wrote the first handloom scheme for the Government of India. Then I went on to write the industrial policy of Bihar in 2011 to much acclaim. Later on I had the privilege of writing the health-policy of the nation in 2015. Similarly, as an environment secretary we were able to take some major decisions. For the first time across the globe, India wrote the National Clean Air Programme which was launched recently.

Perhaps one of the most satisfying things was my role in reviving the PHCs ( Primary Health Centres) in Bihar, which had been virtually non-functional for a very long time. We were able to manage the 3Ds (drugs, diagnostics and doctors).

Of course, there was enormous pride and fulfilment in being elected as President of WHOs Framework Convention on Tobacco Control (FCTC). We were taking decision globally. And then for four or five years I was co-chairing the Partnership for Maternal and Child Health (PMNCH), which too was a global role.

You have spearheaded the climate change negotiations and you have been instrumental in those policies. What’s it to like at the apex of these negotiations?

Climate change is among the most complex challenges we face today. We still have the great divide between the developed and the developing countries. As the principal negotiator, one of my jobs was to convince the world that in terms of climate justice there had to be differentiated responsibilities for mitigation. Which is why the entire discussion was driven around where the finance and technology would come from to mitigate the greenhouse gases emissions. The Paris Agreement of 2016 was a watershed moment, because that was the first time every country came forward and committed to certain set goals. However, it has been seven years since Paris, neither the finance has come nor the technology.

I believe the climate change initiative has to be country led, not so much a global strategy. When other countries see a country making significant progress, it will persuade them to effect change too. Take forestry, for instance. It’s dwindling everywhere but in India forest cover is rising. There is a limit with the population pressure and developmental imperatives that we have as a country. So how do you get that carbon sink? Trees outside the forests are the solution, rejuvenating the degrading forest is another solution and good agricultural practices are a way forward. So, climate change is not just about the GHGs, climate change is about lifestyle. It is a constant struggle to convince the world that climate change is not just about mitigation but also adaptation.

Do you believe under the situation of technology and financial transfer there can be decoupling of economic growth from greenhouse gas emissions?

Do you think the IAS as a career is as coveted now as it used to be when you joined the service?

I don’t know if many of my peers and colleagues would accept my view but I feel a civil services career is not as coveted as it used to be. Its popularity, as well as the respect and regard in which IAS officers were held, has declined. There are many reasons for it. Principal among them the fact that in the 1980s we had limited career choices. That has changed completely. There is now an abundance of choices. Plus there’s the issue of remuneration, and the kind of life you want to live. Moreover, the new generation is into bureaucracy bashing.

If you have to give TED talk on a subject, what would it be?

It would be on public health, which has been my passion. When I launched the mission Indradhanush, everybody including the international organisations, were pointing their guns at me. One year down the line they were writing Op-Eds about it.

We are looking at a society which is ageing, we are also looking at a society which has a bulk of adolescent population, so unless you are able to deliver on public health, it’s very difficult to move on. I believe that while you must cure a sick person, your resources must go towards ensuring that they don’t become sick. That is what public health is all about. We have significantly brought down maternal and child mortality rate, but now we are struck with non-communicable diseases like diabetes, cardiovascular problems, etc. It’s a constant struggle to keep the population healthy.