Every time we have emotional health-related issues blown up on social media, I see a series of posts by individuals sharing their availability and asking their friends to call them if they have issues instead of taking a drastic step.

The call out “if only you had spoken to us” somewhere divides our world into “us” – who will always accept you and “they” who won’t.

It needs more than posting numbers on social media and showing solidarity with campaigns. Unfortunately, while a significant section of people understands the concepts of non-discrimination based on gender, age, race, caste etc. The more apparent aspects of physical appearance, financial status, relationship status are largely and explicitly neglected even in the most educated communities.

A very famous celebrity of our country that is now quite vocal about equality is oblivious that one of his most popular and still played songs can easily be credited as the anthem of discrimination based on physical appearances. The lyrics “Mere angane mein tumhara kya kaam hai” sums up the culture of non-acceptance propagated by the song that mocks the physical appearances of wives, which is based on their height, weight and colour. When one has been celebrated for this for years, it will take more than a letter to his granddaughters on social media to drive the change on rising above judgement!

Kids grow up with the terms mota/moti, Kala/kali, /NAATI, being used as bullying/ abusive terms from childhood.

“Goriya” is a synonym for a beautiful girl, but “Kaaliya” is a bad word! During my teenage (DDLJ), cast actors did not meet the conventional yardsticks of good looks (read Tall, Fair, Slim, etc.). We thought we were gradually rising over judgement, but 20 years down the line, the same actors have succumbed to the pressure of endorsing fairness enhancing products to blend in.

People often greet their friends, colleagues, relatives with an open comment on their seeming to have lost or gained weight. No, they are not showing off any new weight measurement technology in their spectacles but are just making judgments frequently in day to day conversations.

We continue to live in the dichotomy of not caring for physical attributes among our work colleagues but openly advertising them when looking for our life partners. The matrimonial ads are replete with physical attributes as qualifying criteria (sometimes to specific details of inches and kgs) and a claim to our inherent non-acceptance. Which manifests itself in our behaviour towards all around us in some way or the other.

A highly accomplished professional acquaintance once told me that he was hesitant to talk to his neighbours or mingle with them in events. The reason being that the apartment complex had made rules on bachelors not being allowed as tenants and was vocal about it. The assumption was those who are not married behave badly.

As a single owner, the message this gave to him was that he might also not be accepted among neighbours who consider people of similar relationship status unworthy of living in the community?

The car we drive, the locality we live in, restaurants we visit, the school our children study in, and the brands we wear, and now even the background during our video calls are part of the endless list of decisions made every day fit in. Just imagine the pressure to be accepted on each parameter. Hence, when stressed, we think of who would listen and accept and be that “us” needs an explicit message through our everyday behaviour.

As a small exercise to reflect, spend a few minutes describing a friend or a family member. Now make two columns for the descriptors you used. In the first column, note all the words you used on where they studied, where they work, where they stay, how many children they have, how old are they, how tall are they etc. In the second column, please put the words you used about their skills, passions, values, your experiences with them etc. If the second column is longer than the first, your friends should know they can count on you… 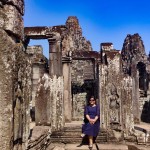