Understanding women has become one of the trendiest jokes that you can find in the deep confines of social media. It’s a wisdom that even sagacious wages don’t seem to possess, a thing more elusive than Pandora’s Box.

And then we’ve got the feminist community, standing on a pedestal, arms held high as if they were about to box someone, protesting with eloquence equal to that of a public prosecutor that such classifications are hocus-pocus sexism. ‘Even men are difficult to understand’ is the crux of their case.

We’re going to look over two things in this narrative. Why this joke is no longer a joke anymore and how it shows one of the more chronic problems existing in our society. It won’t support any group in particular. The words following this are not going to be feminist, or chauvinist, or pro-left or pro-right, or Government-supporting or Opposition-empowering. So if you’ve come to read that, well you can stop reading right now.

It’s going to talk about how WE, as in society, makes decisions on matters such as these and what affects them. People, and societies, in particular function on something more commonly known as mental paradigms or mental models. These are systems that allow us to classify, interpret and discern individuals and objects in our society. Since it’s a passive process most people are ignorant of how much these mental models affect our interpretation and perception about things in life. It allows us to see a pug and a German-Shepherd and realize that both of them are dogs. Sounds like a silly thing, right? It should. But has it ever occurred to how you can look at a thousand canine species in your lifetime, never failing to realize they are dogs. Most people don’t take a post-grad in animal physiology. It’s our mental model working there. Some of them are developed through experiences while others are downright hereditary like our fear of the dark, our aversion to being alone, etc., etc.

This brings us to our first problem. Any wise person will tell you that understanding a person takes decades of relentless hard work and then still, it is extremely hard to really and truly understand a person. The reason for this is simple. Humans are really stupid. We are over-the-top, off the charts, with a  pinch of sugar, downright stupid. There’s no arguing with that. We make at times such illogical and irrational decisions like falling in love at the first sight like a hopeless romantic in a 90’s sitcom, or play wildly in the rain when we know we’re going to catch a cold later. Even as we do them we can’t explain why we did the things we did. This is also probably the reason humans have reached the top of the food chain. We can, at times, throw survival and primal instincts out of the first floor of the Empire State Building without any sort of regret or fear. While most animals let survival take decisions for them. Arguably, it is also the thing that makes life worth living.

Yet our society encroaches upon this freedom when they TRY to understand us. They take their perception about men and women and apply it to everyone they meet, never realizing that everyone is different in their own way.  But when such people do not act according to THEIR paradigms, they are labelled as a difficult person, a weird or a freak.

In every relationship that ever existed, it was never our job to understand. We must equally embrace all aspects of a person’s character even if we can’t understand them or are hurt by their actions. Whenever we try to understand our partner, we subconsciously force our mental paradigm down their throats. We expect them to conform to the social and moral norms we believe in. We forget that every argument, every fight hurts our partner in way unimaginable, restricting their right to freedom.

This does not strictly apply to romantic relationships. It applies to our families, friends, colleagues and more. It forms the basis on which strong relationships are based on and weak ones are destroyed. We take the mental model hat we have of a specific person or the one we’ve been fed by society and apply it to everyone we meet. We forget that they have a right to expression, dressing, behaviour, and most importantly, a right to be different.

One can try to understand Physics, Geometry, tools, machines, etc. but never a person.  Only objects in life have specific characteristics and behaviour. But a person is never an object, is he? We know that when we do this we hurt our loved ones. We know that our habits, distances our relationship. Then why do we still do this? When we know that we should be embracing our partner’s characteristics instead of forcing ours on them, why don’t we just focus on that?

Unlike the options most conflict gives us — fight or flight, situations involving understanding people involve two other options — fight or submit. One can choose to ignore all the threats, pleas and stubbornness of the world or simply choose to change ourselves according to what they want us to be.  Both of them involve considerable pain and hurt, both for the parties undergoing the change and the party demanding it.

It is also possible that we genuinely try to understand someone. Yet our perspective in this changes it to a negative exercise. When we try to understand individuals we have to take the first person perspective. Putting ourselves in their shoes and trying to interpret what their actions mean. Considering what we would have done if were in their place. Instead, we got the Ku Klux Klan in America, apartheid in South Africa, untouchability in India and the islamaphobics in the present-world. We take the third-person perspective, judging their actions according to what we would have done or what we believe in even when it’s obvious that if we were in their place we might have done the same things or made the same mistakes. It is a question worth asking but is seldom asked.

The next time you think that you can’t understand a woman or a man or child or anyone in particular. Don’t worry, you’ve just joined the society of the other 7 billion that shake and scratch their heads in ignorance. And the reason for this is simple: they never meant to be understood. They were meant to be appreciated, treasured and embraced. 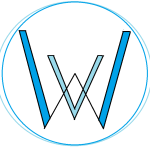 1 thought on “Understanding Women? Or Men?”