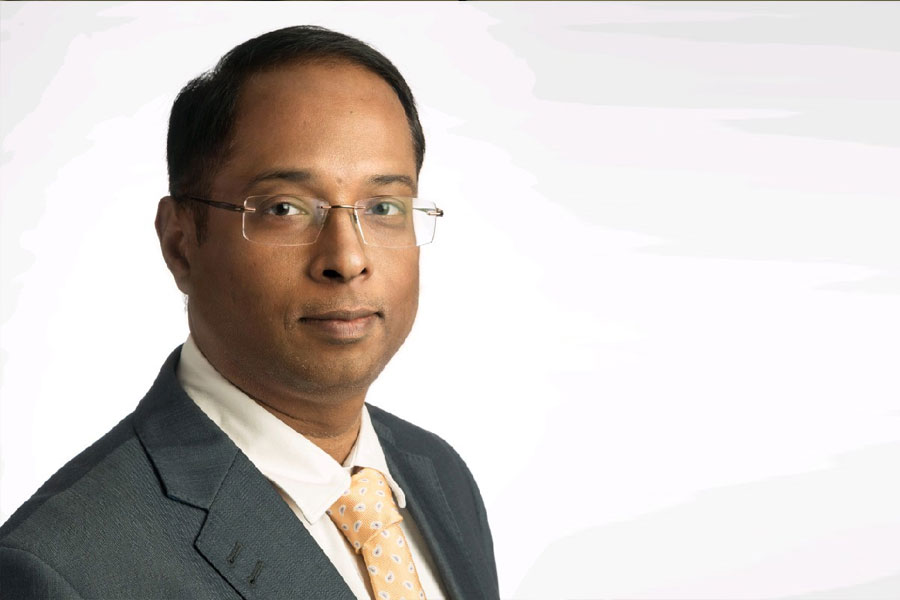 Acknowledged amongst Asia and India's most prominent business growth leaders, Sanjay is a leading voice on Make in India, Sustainable Cities, and building scalable business ecosystems. With over 25 years of cutting-edge experience in global Destination creation, running independent businesses and P&Ls, strategic expansions, JV Investment Platforms, Mergers & Acquisitions, Sales, Marketing & Project Operations, he has left an impact imprint all along his professional journey. Sanjay comes with unique capabilities of having created and led businesses across Diverse Sectors including Cities, Urban Infrastructure, Technology/ ICT and Financial Services. In his own words, Sanjay is deeply passionate about having contributed to building two of the most important bridges: connecting Bharat and India; and taking India to the world, bringing the world to India.

Sanjay started his journey on the first bridge growing up at Lucknow, the city of Tehzeeb (culture) and traditions. He took the first leap of faith when he decided to stay back in India after completing his B.Tech in Computer Science, a rarity in early 1990s. Next, he completed his MBA at IIM Calcutta in 1995. Since then, Sanjay has been focussing tirelessly on a mission to put India at the centre of global business and economic salience. His first corporate stint was at CRISIL, a Standard & Poors Company. As a young management graduate & star marketer, he created significant impact during his 5-year stint there. He actively contributed to launch and marketing of a series of India-first services of global cadence: including the country's first Industry Indices JV, Information Services tie-ups with Bloomberg Inc, etc amongst others.  In 2000, as the Internet and telecom revolution was just starting, Sanjay took an early mover initiative to join Tata Group's foray in the space. He spent a good part of the next 12 years creating pioneering Enterprise internet & telecom services businesses. He spearheaded the drive for innovative, profitable & path breaking solutions, competing with the best across the globe. His stint at Tata Group was focussed in transforming and scaling profitable businesses post Mergers & Acquisitions and Joint Ventures.

At Tata Communications (formerly known as VSNL) as VP and Global Head of Products, he oversaw transformation of the Enterprise business DNA; a true coming of age as global service provider with differentiated services. Later, as Tata Teleservices VP - Marketing and Product Development, his team created history once again to become the Top Ranked Enterprise Service Provider in the shortest time frame till 2012. Sanjay then briefly worked with Accenture Management Consulting, before joining the Mahindra Group in 2013 for leading their Cities and Sustainable Urbanization business. Sanjay led Mahindra Groupâ€™s Integrated Cities Business for 7+ years as CEO & Business Head â€“ Mahindra World City, Jaipur and Board Director at 3 Joint Venture Investment Platform companies along with International Finance Corporation (IFC) and Sumitomo Corporation. This is where he gained extensive experience in running large Boards and Public-Private-Partnership (PPP) projects as CEO of a 74: 26 JV and overseeing/ being on Board of multiple entities having Private Enterprises, State Governments and International Investors as equity and JV stakeholders. Under his direct leadership, one of the World Cities also achieved the unique distinction of being adjudged Asia's first and World's largest project to achieve C40 Climate Positive Development Program Stage-2 milestone. By the end of his successful stint, the Mahindra World Cities was home to 160+ B2B clients from 5 continents and 15+ countries, a truly thriving industrial ecosystem. Sanjay is thus credited with creation of the fastest growing business platform for Make in India which is now a global role model for Economic Growth, Sustainable Development and Employment Generation.

Sanjay's work has influenced many spheres and inspired a legacy of lasting businesses. The projects that he has overseen throughout his career continue to make and enhance their impact and are success stories for organizations, leadership and professionals to learn from. Throughout his career, Sanjay has championed and co-led multiple opportunities for Make in India and EODB collaborating closely with various stakeholders including Ministry of Commerce & Industry, Invest India, various state governments, CII, etc. in various capacities. Sanjay was a key representative at the Industry Leaders Committee formed under the aegis of MoCI for recommending post SEZ reforms. He has also led state delegation to the Hannover Messe as Session Chairperson for Make in India. Every challenge is an opportunity is Sanjay's maxim, as he wears multiple hats shaping growth in the New Normal post COVID-19 world. He is currently working on various initiatives covering policy advocacy, advising MNCs and Indian corporates for their Make in India and global expansion plans, and guiding start-up and entrepreneurs in scaling their businesses. Today, Sanjay also serves as Strategic Advisor to Asia's biggest tech-enabled expert network - SpeakIn. At SpeakIn, Sanjay is enabling the team's trailblazing growth as they leverage their transformative solutions and offer a scalable B2B EdTech and learning platform for new global business opportunities. In his view, Post COVID-19 world is a once in a lifetime opportunity for India to leave its footprint on the global economic map. His vision is that Make in India and Made in India should and must represent world class innovation, hard work & stellar products and services. This can help ensure India's vision of being a USD 5 Trillion economy: delivering GDP growth, economic prosperity & employment generation for India and the world. Sanjay has followed the principle of learning, relearning, and unlearning as a virtuous cycle.

He has completed his global executive education at Harvard Business School and Stephen M Ross Business School, Chicago. Sanjay has won many accolades including being felicitated as Most Admired Leader for â€œBusiness Transformation and Make in India in 2020. With his dynamic personality, Sanjay makes an excellent leader with remarkable interpersonal skills.  He accurately summarizes his motto for life: Always say YES to what's right and NO to everything else. Integrity with class and conviction. Every time.